← back to
Seeing Red Records
Get fresh music recommendations delivered to your inbox every Friday. 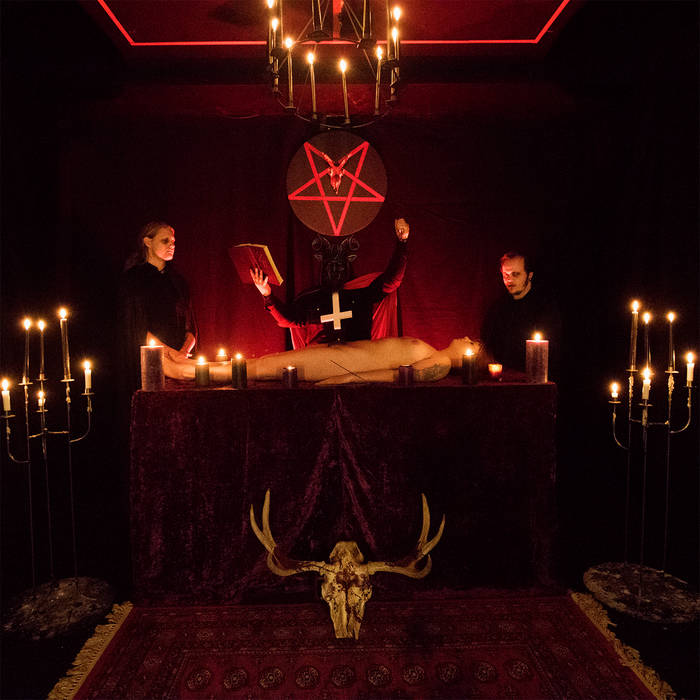 nostd Keep coming back to this album and finally purchased it. Swedish Masters here. It's Doom alright, but it packs enough punch to keep the listener's attention. Just some juicy riffs on display here.

Old Man Doom The heavy riffs and the angst. Just perfect for this fucked up world.

MindOverFour Angry sludge. Not boring funeral doom. Nice soundtrack for your Dungeon Master to put on as you fight through the Tomb of Annihilation. Favorite track: We Won't Be Alive.
more...

"It’s a goddamn merciless piece of battering and bruising, but the kind that induces reflexive head movement."
-Islander, NO CLEAN SINGING
www.nocleansinging.com/2017/08/18/seen-and-heard-astral-blood-altarage-kawir-sacrilegious-rite-kauan-shadowmaster/#more-129477

"Shadowmaster have crafted a completely devastating offering that demands your attention immediately upon listening. Cited by renown artist, Stephen Kasner (Sunn O))) Khanate, Rotting Christ, Marduk Official) as one of his favorite albums of 2017, the bands imagery is just as gripping as their music. There is not much more I can say as the music speaks for itself."
- Outlaws of the Sun
outlawsofthesun.blogspot.com/2017/11/label-news-seeing-red-records-sign.html

"On Shadowmaster the darkness is as palpable as it is relentless and unforgiving. This is one of the many reasons why this is such a damn good album."
- Wonderbox Metal
wonderboxmetal.com/2017/12/13/shadowmaster-shadowmaster-review/

"Shadowmaster is seeking to daze you with otherworldly music and drag you back to the foul hole that they crawled out of... But you should probably just let them do it. It's a really cool place."
-Brandon, Super Dank Metal Jams
superdankmetaljams.blogspot.com/2017/09/shadowmaster-st-2017.html

Harnessing an almost ancient darkness and transcending what passes as fashionably brooding and sinister by modern standards, Shadowmaster echo the vibrations of the soul of extreme music and transcend conventions new and old. Darkness...for the sake of exploration into the limits and beyond.
Somehow Shadowmaster seem to conjure the essence of doom-stalwarts Khanate and YOB while twisting them into macabre sculptures of abrasion...Shadowmaster are an truly an exercise in self destruction.

Hailing from Sundsvall, Sweden, Shadowmaster originally formed in 2014 under the moniker, Desert Crone (who released a demo called Distorted Solitude). The band recorded a full length in 2016, and changed their name to Shadowmaster before deciding to self-release it digitally through Bandcamp, iTunes, and Spotify in August of 2017.

We, at Seeing Red Records, were fortunate enough to catch wind of the release and recognize it's brilliance. We quickly signed the band and decided to press a limited run of physical copies (in the form of a CD digipack) of this bone crushing debut. Citing musical influences such as Saint Vitus, Burzum, Summoning, and Electric Wizard, the band reveal a lot of what inspires them comes by way of art and film.

Bandcamp Daily  your guide to the world of Bandcamp

Damu The Fudgemunk shares his recent collab with Def Pressé, plus jams from Common and more